Advia honored their retiring CEO with a One Of A Kind retirement gift.

The 3-dimensional art measures 24” x 24” x 3.5”, with a birdseye maple structure, slanted inner sides and a gold filet. It contains miniaturized photos, publications and 3D items to communicate the Credit Union’s history, achievements under the CEO’s leadership and favorite memories. The story starts at the top and continues counterclockwise around the art. Logos for the CEO’s leadership affiliations are on the four compasses, matching the shape of the Core Values centerpiece. 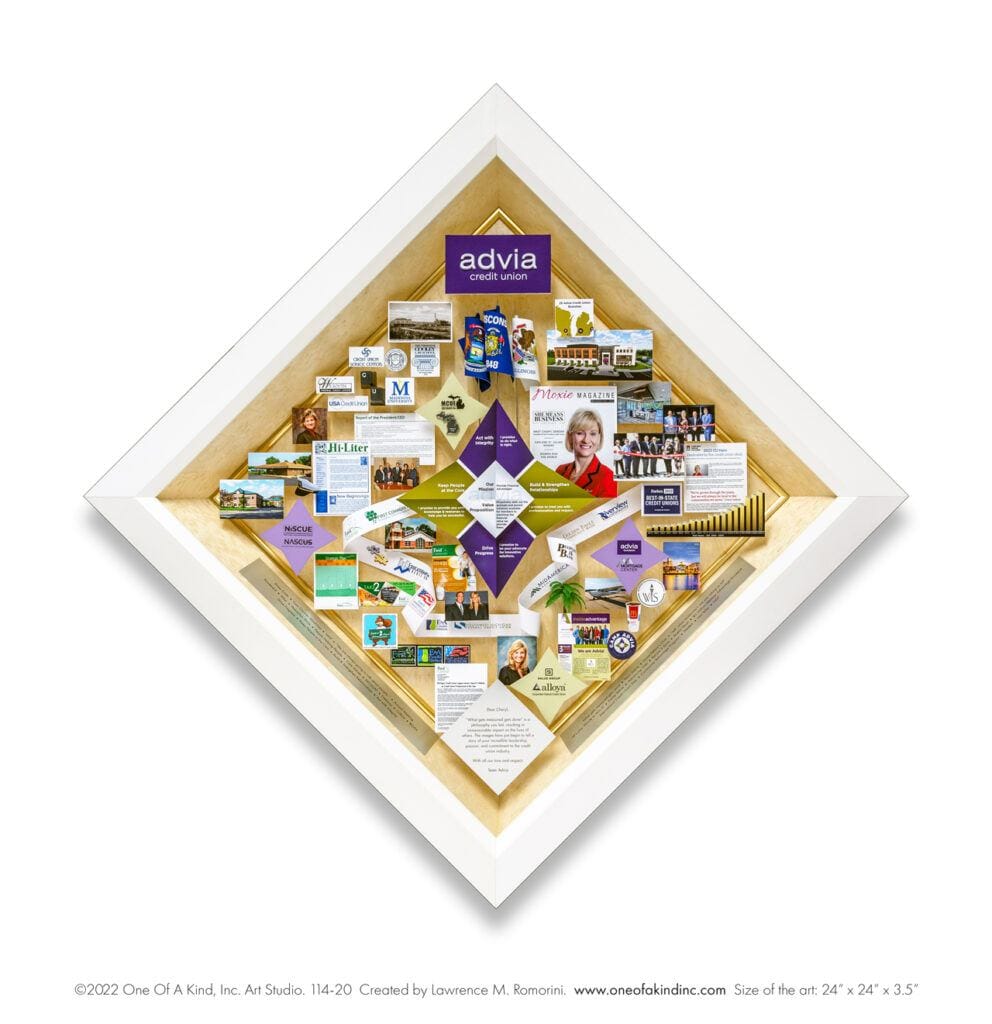 END_OF_DOCUMENT_TOKEN_TO_BE_REPLACED

A One Of A Kind Retirement Gift for the CEO of WD-40, An Iconic Product with 2000 Uses

WD-40 Company honored their long-time CEO with a One Of A Kind retirement gift: 3-dimensional commemorative art. The custom-made art is as unique as its recipient, capturing Mr. Ridge’s life and career with WD-40 in an extraordinary way. END_OF_DOCUMENT_TOKEN_TO_BE_REPLACED

What Makes a CEO Retirement Memorable? The 5 P’s! 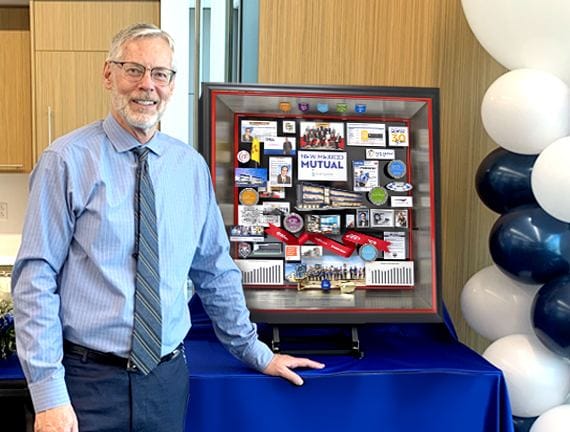 Your CEO is dynamic, beloved, and perhaps they are the founder. Under their vision and leadership, the company has grown and succeeded despite challenges. And after years of service to the company or organization, their retirement is approaching.

So what do you plan for the truly exceptional CEO upon retirement as a thank you for the years they dedicated to your organization? There are 5 P’s that can help make the retirement occasion a memorable success:

END_OF_DOCUMENT_TOKEN_TO_BE_REPLACED

“Without doubt, this is the most creative and impressive gift I have ever received in my lifetime, and I shall certainly treasure it.” – Hays T. Watkins, Former Chairman of the Board, ‪CSX

END_OF_DOCUMENT_TOKEN_TO_BE_REPLACED 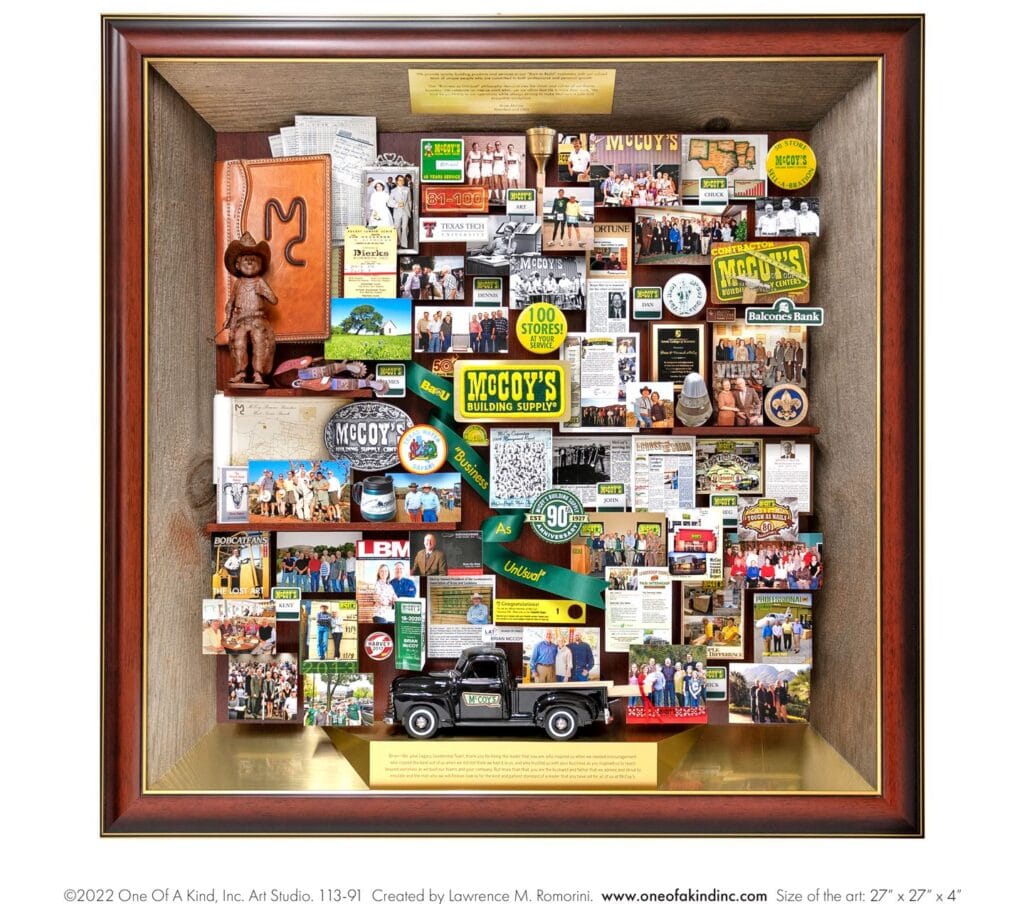 McCoy’s Building Supply is a family owned and operated business that honored their retiring CEO with a One Of A Kind gift. Representing his Texas roots and Western aesthetic, the art is designed with barn wood slanted inner sides, surrounded by a mahogany frame and a mahogany base. END_OF_DOCUMENT_TOKEN_TO_BE_REPLACED 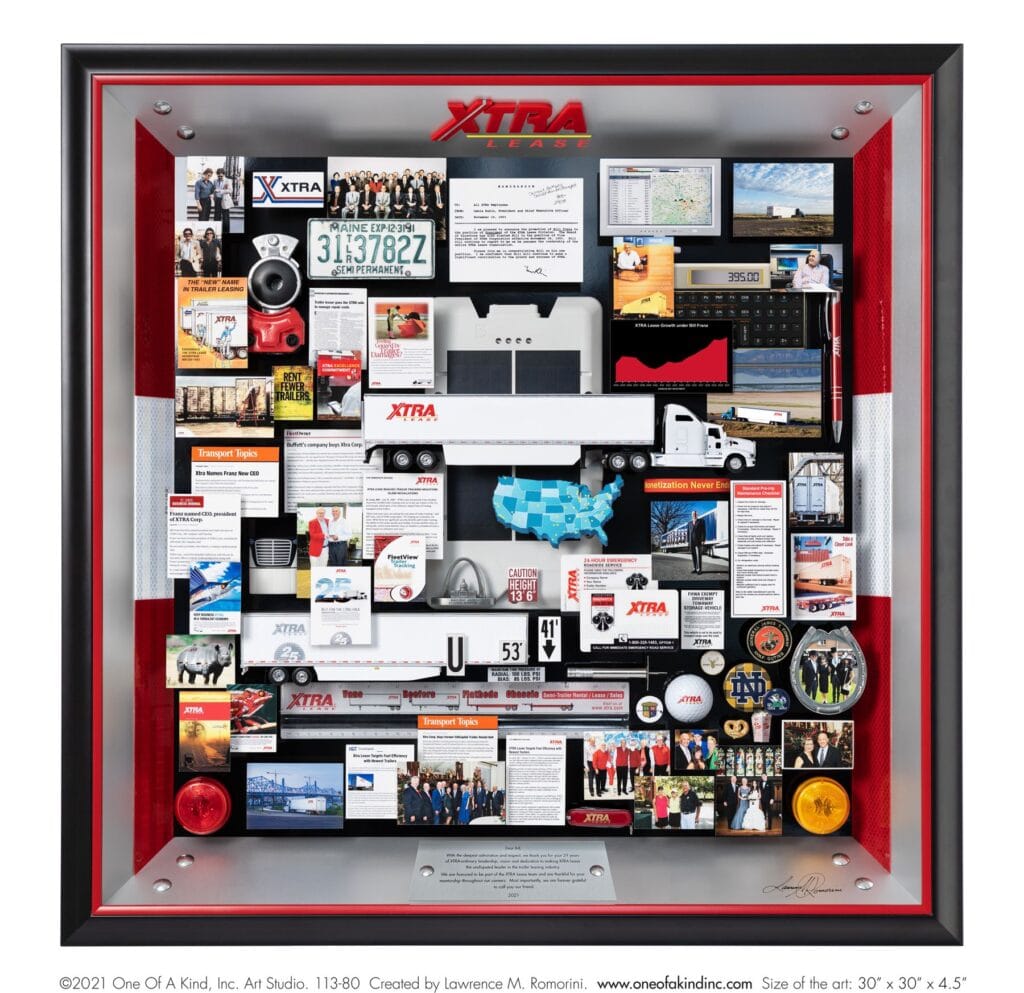 One Of A Kind recently worked with XTRA Lease to create a personalized 3-dimensional retirement tribute for their long-time CEO. A custom-made, bespoke shadowbox was the perfect gift to show appreciation for this leader who was also a mentor and a friend. Our collaborator at XTRA Lease wrote that the celebration send-off was a huge success, and when the CEO was presented with the gift, he was “overwhelmed, as were all the attendees at the event…folks are still looking at the piece noticing items they overlooked the first time.”
END_OF_DOCUMENT_TOKEN_TO_BE_REPLACED

As the Role of CEO Continues to Evolve, The Best CEO Retirement Gift Remains the Same!

The role of the Chief Executive Officer emerged early in the 20th century as modern corporations grew. The managerial structures called for individual executives to run different business units and functions. As large firms developed with lots of employees, hierarchies, and divisions, the business world started seeing more CEOs.

CEOs have always had to adapt to new challenges, but the speed and urgency with which these arise has increased dramatically over the years. For example, a CEO from the 1950s had a certain number of business-critical decisions maybe once or twice in their tenure; today, CEOs face those same kind of decisions several times a year. CEOs play an important role in providing deep, long-term thinking and finding elegant ways to align stakeholder interests with shareholder interests.

So what do you present the truly exceptional CEO upon retirement as a thank you for the years they dedicated to an organization? One Of A Kind offers the perfect solution. END_OF_DOCUMENT_TOKEN_TO_BE_REPLACED 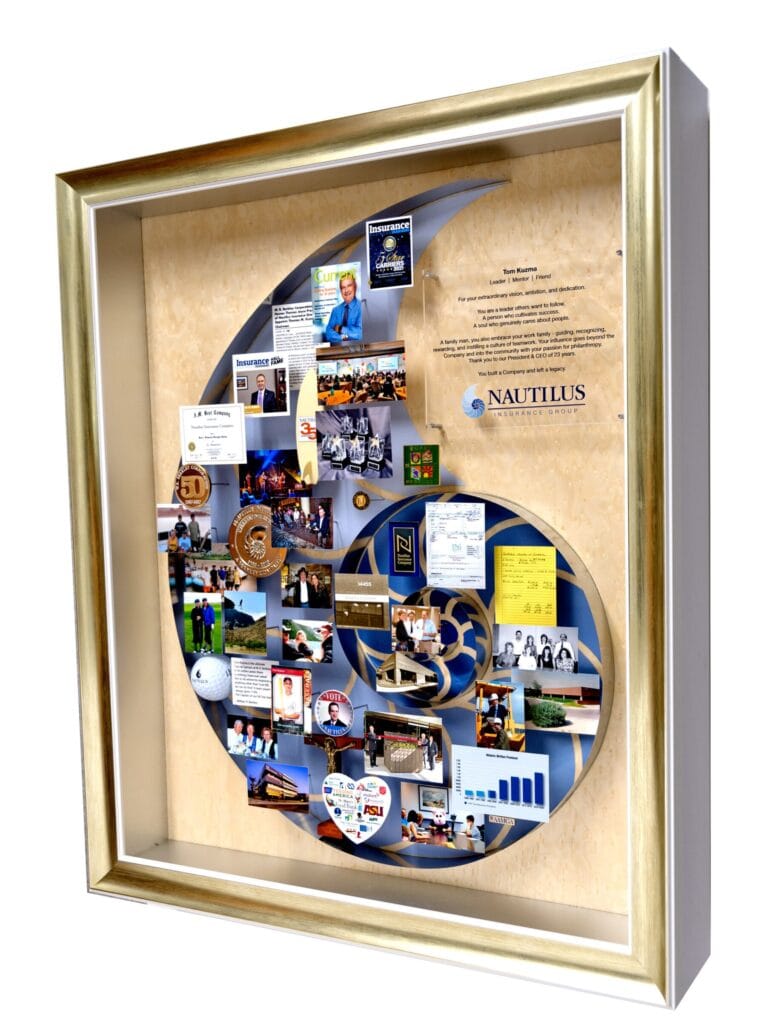 How perfect that the career of our latest retiring CEO and President comes out of a shell, as Nautilus Insurance Group’s logo is the featured design element in this new retirement art.
END_OF_DOCUMENT_TOKEN_TO_BE_REPLACED 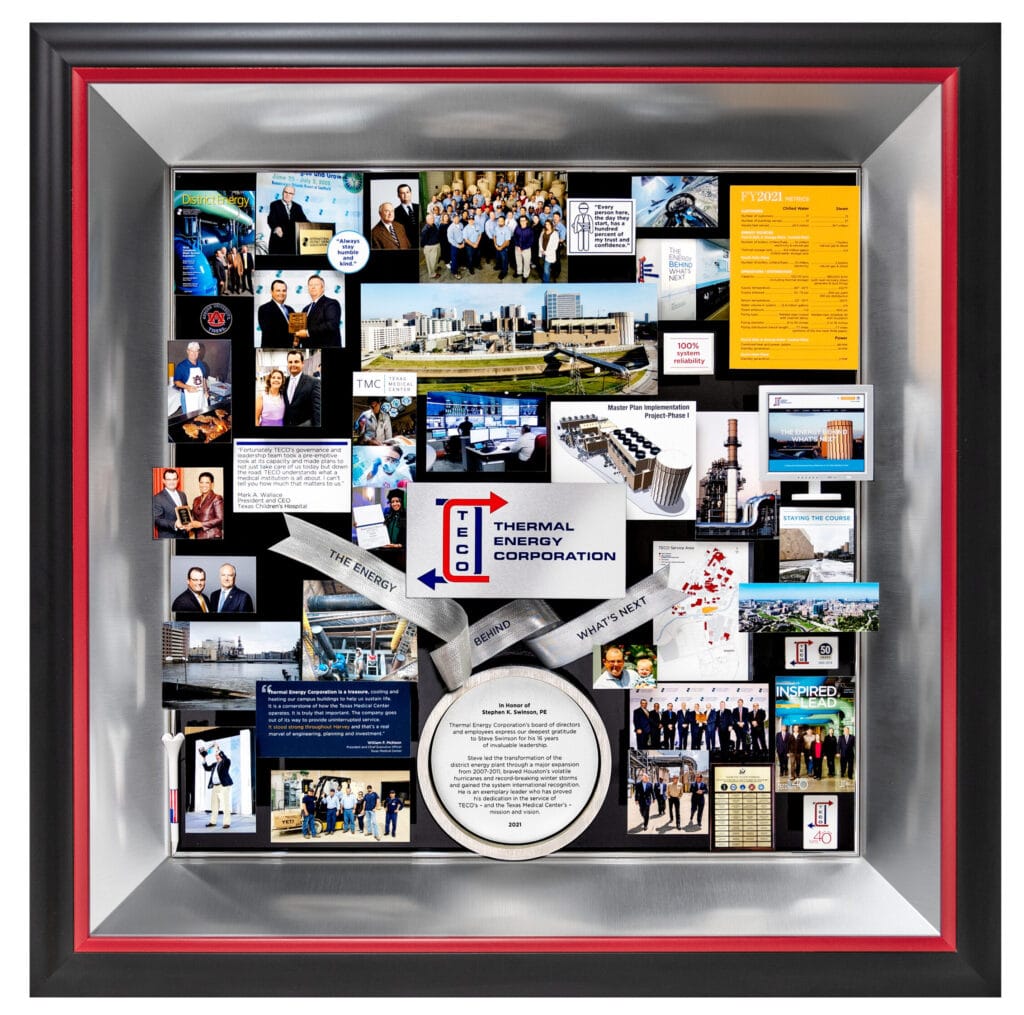 Thermal Energy Corporation, also known as TECO, honored their CEO and President with a One Of A Kind 3-dimensional collage to express their appreciation for his 16 years of leadership. As the largest district cooling system in North America, the not-for-profit company is known for reliability, resiliency, energy efficiency, environmental stewardship, and being the energy behind what’s next on the Texas Medical Center campus.
END_OF_DOCUMENT_TOKEN_TO_BE_REPLACED

“Together. We are stronger.” A One Of A Kind Retirement Tribute 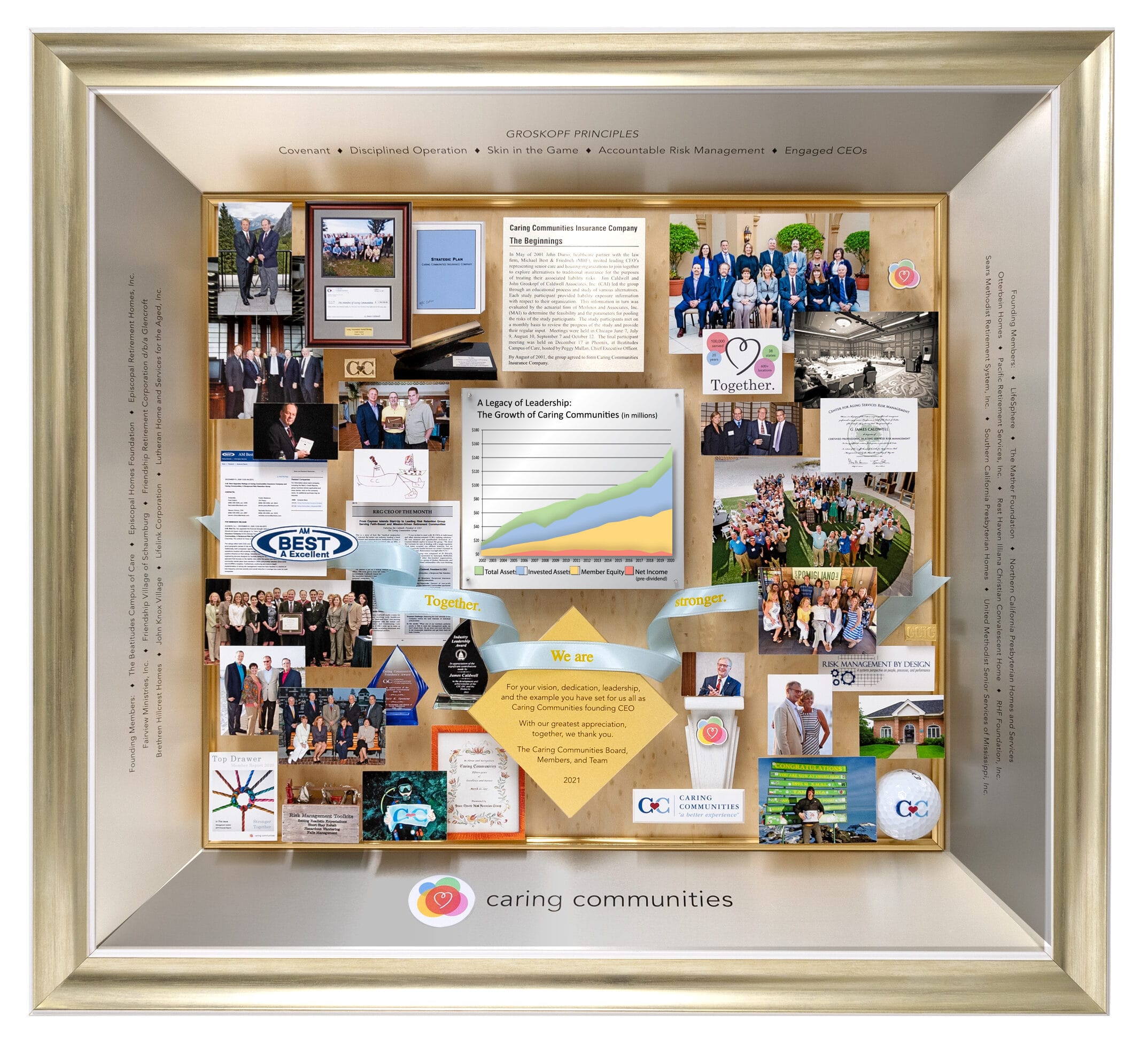