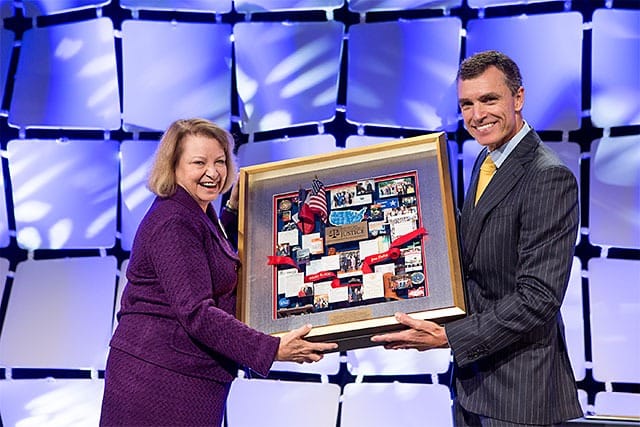 There are so many milestones that go under the radar in the business sector. For some reason, many companies and organizations only commemorate anniversaries if they are celebrating 100 years of success. How often do companies last 100 years, though? And how often do people get to enjoy working for a successful company for upwards of 100 years?

Rather than waiting only for that centennial mark to come around, which literally takes 100 years, you can look for other creative business anniversary ideas and reasons to celebrate.

Although 100-year anniversaries are certainly impressive, having a successful business for 25 consecutive years is a significant accomplishment. You and your staff can brainstorm a series of memorable, meaningful 25th business anniversary ideas, possibly honoring the founders, to preserve and display the history, leaders, mission and celebrate accomplishments. The same is true for a 30th anniversary, 40th anniversary… 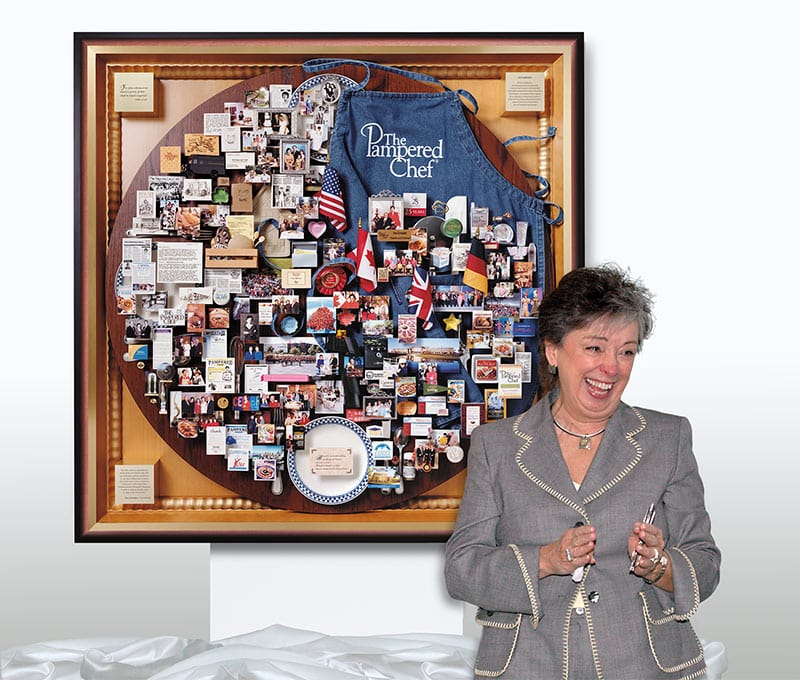 An Esteemed Employee Is Retiring or Leaving

Bringing your staff together for a party to recognize the career accomplishments of an invaluable employee upon their departure can be invigorating for company morale. Not only will the person leaving feel appreciated, but the rest of your staff will see how your organization values employee loyalty and achievements. 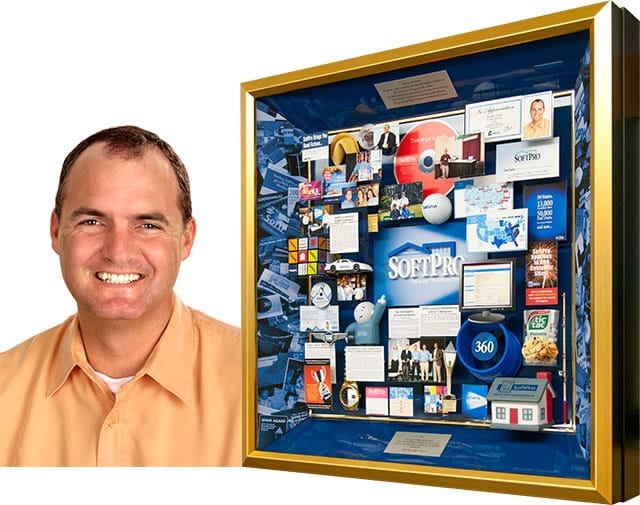 SoftPro presented this 3-dimensional artwork to Tim Conley, VP of Sales and Marketing. Tim helped lead SoftPro through 9 straight years of record growth, selling SoftPro’s software to over 1,400 customers, and built a customer base in excess of 13,000.

Whether you’re choosing retirement gifts for CEOs or tributes for longtime executives and employees, the thought and care in the gift selection will be remembered by the recipient and presenters for years to come. 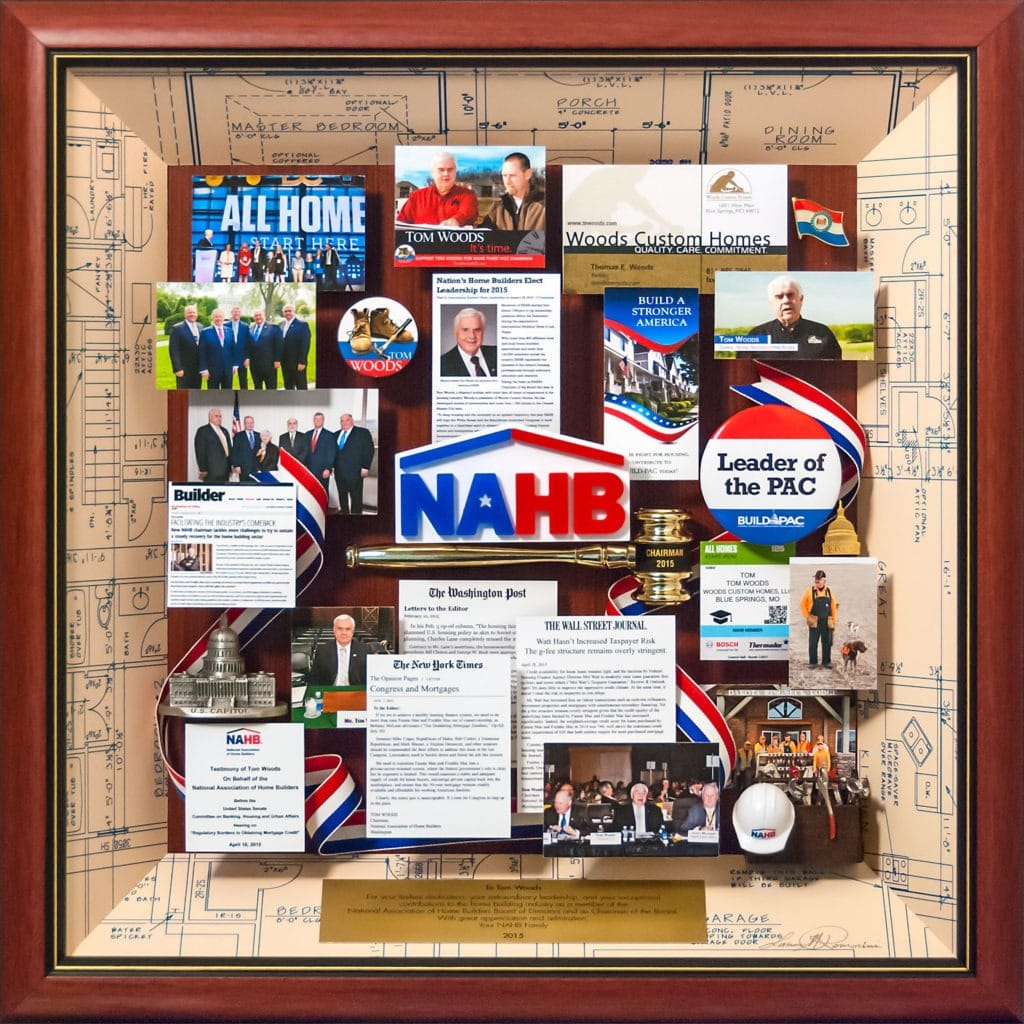 Presented yearly, the NAHB Chairman’s Award is personalized to reflect the Chairman’s achievements and favorite memories. The 3D rendition of the NAHB logo serves as the centerpiece, surrounded by 3D items and miniaturized articles. A photoengraved plaque of dedication resides in the border.

The Company Had a Successful Quarter

You don’t have to wait for an actual anniversary or for someone to leave to throw a party, however. And since 49% of baby boomers currently working don’t expect to retire until they are 66 or older–including one in 10 who predict they never will retire–their retirement parties won’t come along as often. 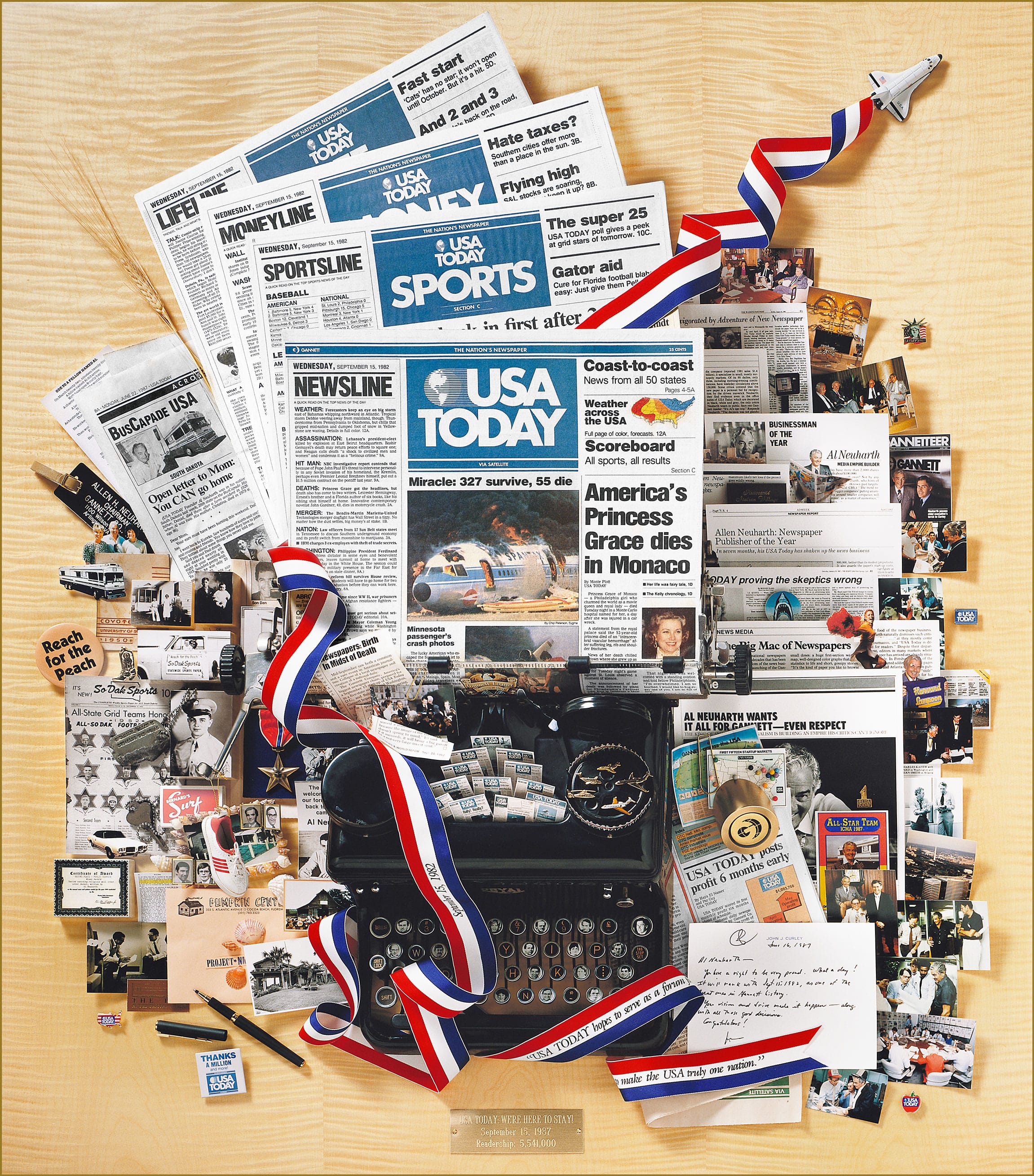 In 1987, USA Today and Gannett’s President commissioned a major piece of 3-dimensional commemorative art to honor the newpaper’s founder, Al Neuharth. The collage featured an actual 1926 Royal typewriter—an exact duplicate of the one with which he began his journalism career. Other top USA TODAY and Gannett executives were presented personalized collages commemorating their leadership in the newspaper’s first five years.

Rather than waiting for these rare milestones, simply celebrate a successful year, quarter, or even week. It’s a great incentive to motivate and to enhance company culture. There is nothing wrong with celebrating success! 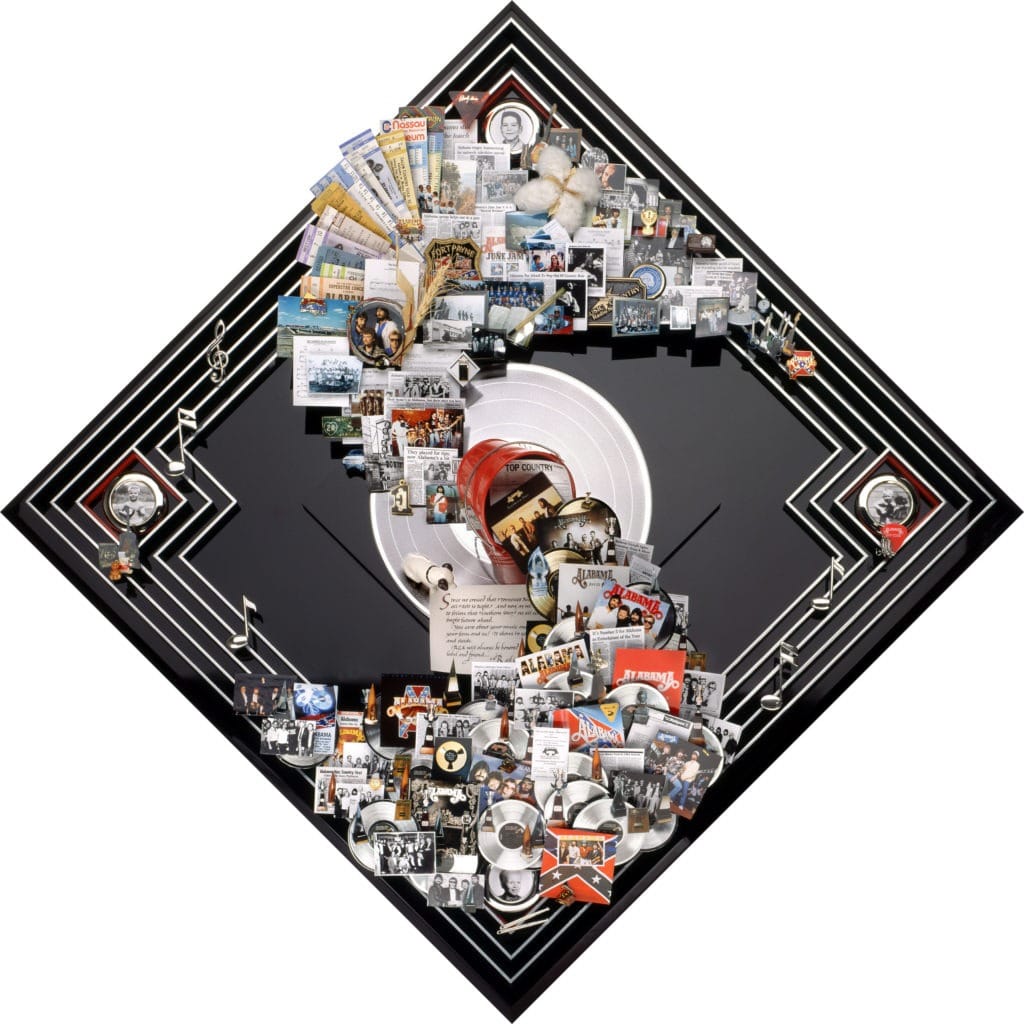 This artwork was presented by to RCA Recording Artists Alabama, in recognition of the group’s record-breaking achievements since joining the label in 1980. The centerpiece features a replica of the red bucket used by Alabama to collect tips in a beachside bar in South Carolina, prior to their signing with RCA. Behind the bucket are souvenirs of the group’s early accomplishments and charity successes. Spilling out of the bucket are miniatures of album covers and awards, along with photos and headlines of major achievements.

If you want to learn more about great 25th, 50th, 75th business anniversary ideas or find a reason to celebrate additional milestones, contact One Of A Kind Art Studio today!