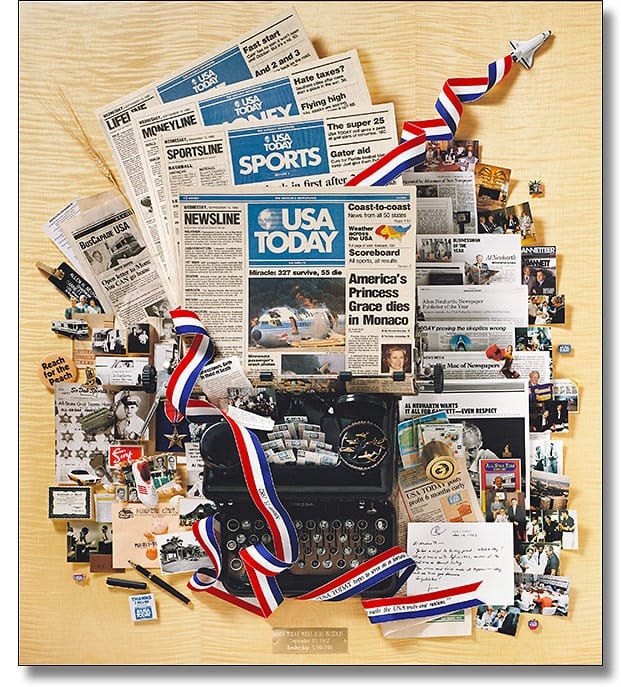 September 15th marks the 31st anniversary of USA TODAY’s launch. It also celebrates the 26th anniversary of One Of A Kind’s first commission. It was the Nation’s Newspaper’s 5th anniversary and Gannett’s President John Curley commissioned a major piece of 3-dimensional commemorative art to honor the founder, Al Neuharth. The collage featured an actual 1926 Royal typewriter—an exact duplicate of the one he began his journalism career with. Out of the carriage comes the first edition of USA TODAY. On the keys of the typewriter are faces of Mr. Neuharth’s key executives. END_OF_DOCUMENT_TOKEN_TO_BE_REPLACED