Click on any thumbnail for a full view of that collage 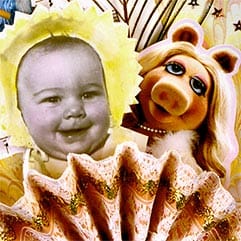 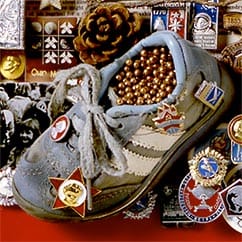 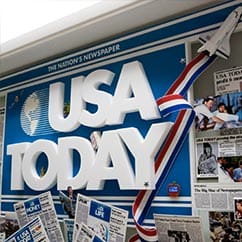 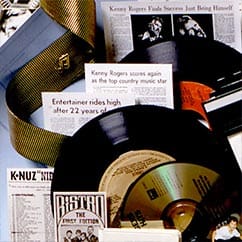 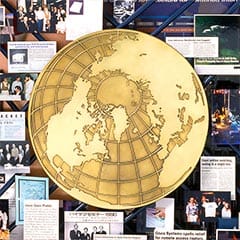 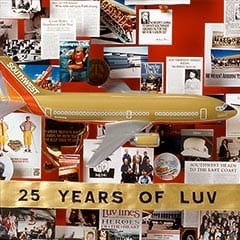 It’s hard to believe that One Of A Kind Art Studio has now been creating our signature brand of 3-dimensional commemorative artwork for 30 years. The time has flown by. The studio began working out of the home of Founders Lawrence Romorini and Donna Rome in 1985, with USA Today’s 5th anniversary as the first corporate commission. The small, independent art studio relocated in 1990 to resurgent Silver Spring, MD, just minutes from Washington, D.C. Since then, over 2,500 custom works of art have been created for clients large and small (see the latest).

To celebrate the 30th anniversary of his One Of A Kind Art Studio, Lawrence Romorini visually looked back on his extensive portfolio and chose 30 collages that represent his life’s work of commemorating great American stories, both corporate and personal.

“The first personal piece was a thank you gift for our friend Nancy—the matchmaker– who introduced me to my wife and future studio partner,” says Romorini. “That initial collage really encouraged our One Of A Kind idea. The other 29 collages are representative. It was difficult to choose—they’re all my babies. But these pieces of art chronicle a bigger history, with highlights of the past 3 decades: the early success of USA TODAY, Southwest Airlines and Cisco Systems, Jack Welch’s leadership of GE, and GEICO’s 75-year growth, topped off by a gecko. Each portrays a memorable time and extraordinary accomplishments.”

Looking back to 1985, it’s fun to reflect on some of the amazing events that happened that founding year, and our own connection to many of them. 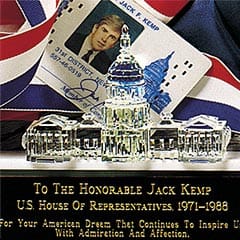 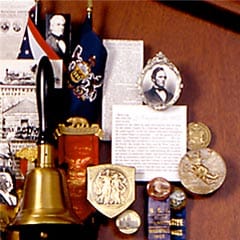 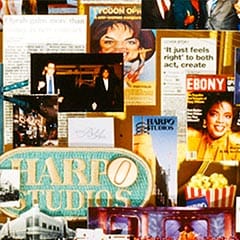 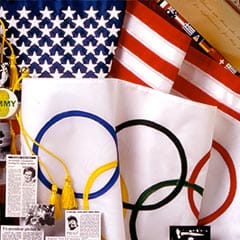 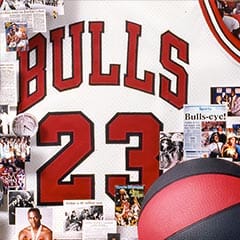 In 1985, Michael Jordan was recognized as Rookie of the Year by the NBA. Years later, upon his retirement, the Chicago Bulls collaborated with One Of A Kind to award Jordan with the ultimate retirement gift, commemorating his unparalleled career. The beautiful red and black Plexiglas structure, measuring almost four feet wide by six feet high, includes Michael’s #23 jersey, a Bulls basketball, and size 13 Nike shoe.

From Michael Jordan, CSX, Jimmy Carter, and American Society of Civil Engineers, to a 50th wedding anniversary and 80th birthday, the subjects for Romorini’s retrospective art draw from colorful “only-in-America” stories. Their histories and accomplishments provided the inspiration for Romorini to transform memorabilia into custom 3-dimensional collages on display worldwide. 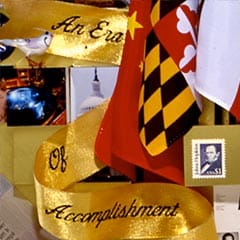 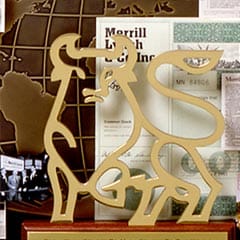 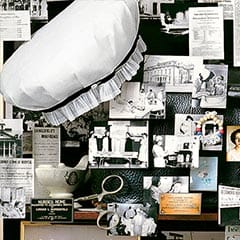 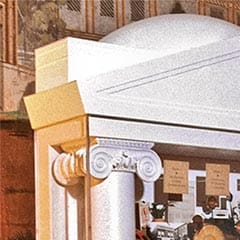 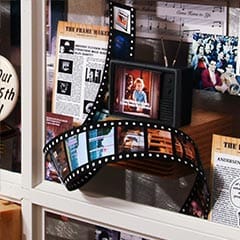 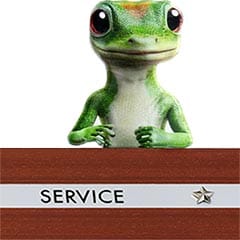 In December 1985, The Color Purple marked Oprah Winfrey’s film debut. In 1991 Lawrence Romorini and Donna Rome collaborated with KingWorld Productions to create a stunning Christmas gift for Oprah. A gold TV screen features 340 gold wires beaming out of the center to TV call letters, representing her national and international syndication. A visual representation of Oprah’s life story in photos, publications and 3D items intertwines throughout the screen. The artwork has been on display for years at Harpo Productions.

The 3D items woven into the collages are a Romorini trademark. A 1926 Royal typewriter, back of a football bleacher, spinal column, 45 rpm record, and Tyrannosaurus Rex tooth are among artifacts he has incorporated. Along with miniaturized photos, Romorini calculates over 6,000 images and 3D in these 30 collages alone. 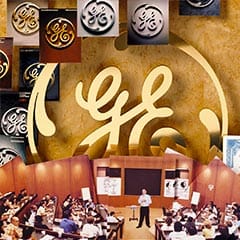 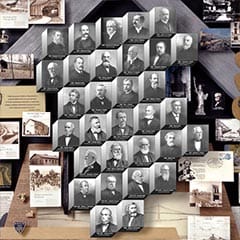 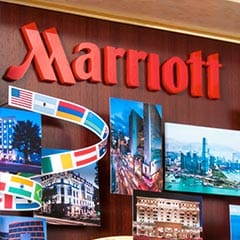 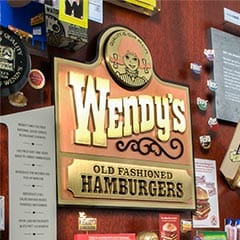 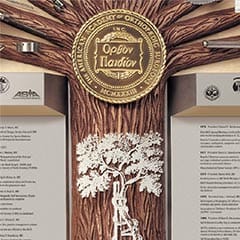 1985 was also the year J. Willard Marriott, Jr. was elected as Chairman of the Board for Marriott International. In 2012, One Of A Kind created not one, but two commemorative pieces in honor of his 80th birthday, the 85th anniversary of Marriott International, and his 65th year of service to the company. The larger collage is installed in Marriott International’s Bethesda, MD headquarters; the smaller piece hangs in Mr. Marriott’s home.

One Of A Kind art is most often commissioned to showcase an anniversary story or honor a CEO on retirement. Romorini’s work has been shipped to England, Japan, Germany, Jordan, and Australia for presentation and display, as well to 42 of the 50 states. 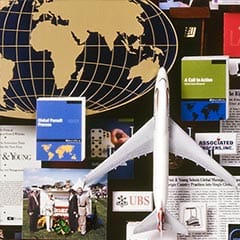 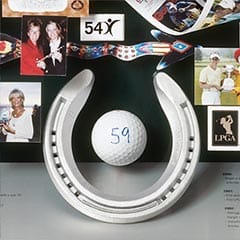 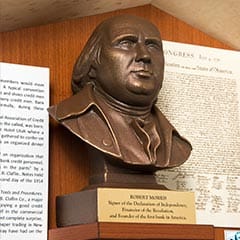 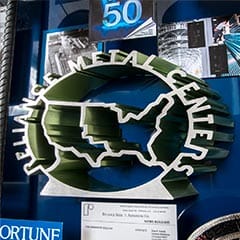 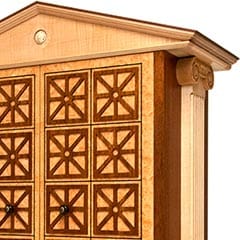 What’s next? Completing lobby art and retirement tributes for upcoming celebrations in New York City, Topeka, Las Vegas, Indianapolis, St. Louis, Chicago and beyond. “It’s fun to reflect for a few minutes in appreciation for past artistic opportunities,” says Romorini. “Then back to work—and the excitement of a new creation. You’re only as good as your next collage!”

These past 30 years have been nothing short of a celebration, for us as well as our clients. The stories we have been able to share continue to inspire us, and we are honored for the unique opportunities our work brings to commemorate history, leadership, and accomplishments in an extraordinary, meaningful way.