Last night One Of A Kind 3-dimensional art highlighted the National Foreign Trade Council Centennial Kickoff Reception to honor their history, leaders, services and accomplishments upon the 100th anniversary. NFTC President Bill Reinsch, U.S. Trade Representative Michael Froman and NFTC Chairman Ambassador Alan Wm. Wolff unveiled the retrospective at the historic President Woodrow Wilson House in Washington DC. They were assisted by “Woodrow Wilson in Person,” who underscored the appropriateness of the venue. As President in 1914, Wilson met with NFTC founders a century ago and was a strong advocate for their mission and success. 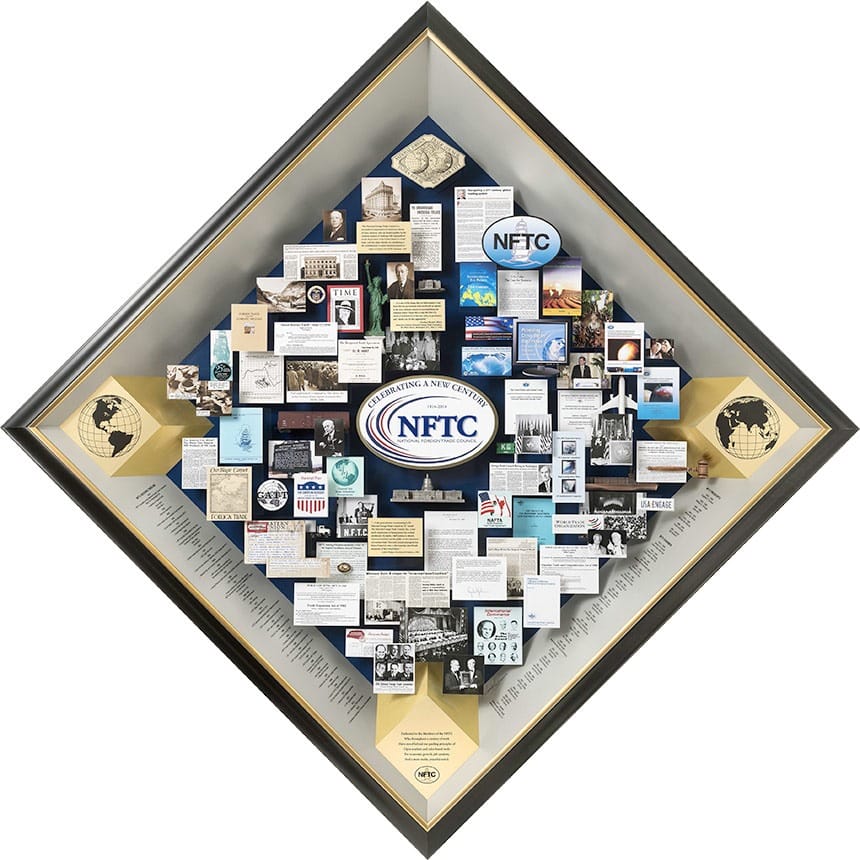 With scores of photos and publications, the diamond-shaped artwork features a 100-year timeline and names of NFTC leaders engraved in the border. The evolution of transportation for international trade is represented with 3D models. One Of A Kind is also providing an interactive feature with descriptive key for NFTC’s website to share the 100th anniversary art globally and identify the significance of every item. 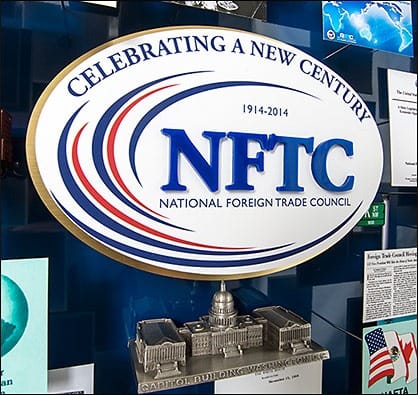 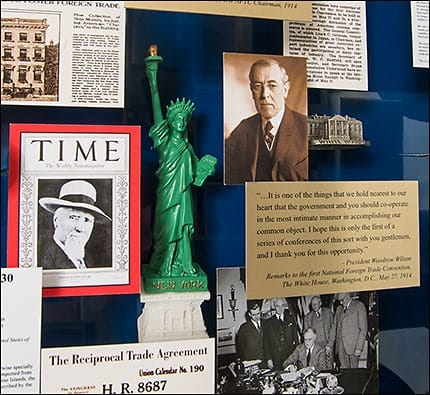 The research at the Hegley Library, where NFTC’s archives are preserved, was fascinating. This retrospective embodies the ways that NFTC has participated in major trade milestones over the last century. The collage also reflects distinguished leaders—from Franklin Roosevelt and Dwight Eisenhower to IBM’s Tom Watson and Nelson Mandela—associated with the NFTC legacy.